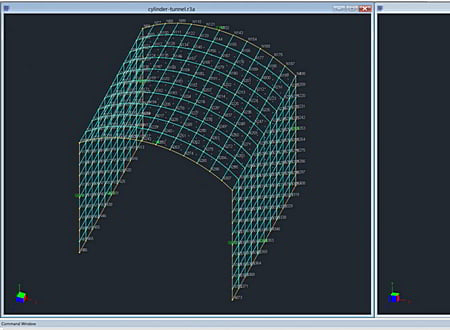 Gmsh is a 3D finite element grid generator with a build-in CAD engine and post-processor. Its design goal is to provide a fast, light and user-friendly meshing tool with parametric input and advanced visualization capabilities.

Easy to use 3D truss analyzer using finite element methods. It has an easy graphical interface where you can define, loads, nodes and elements.

Submit a review about QuadMaker software with your social media profile

QuadMaker has been rated 5.0 out of 5 points. A total of 1 votes cast and 0 users reviewed the software.