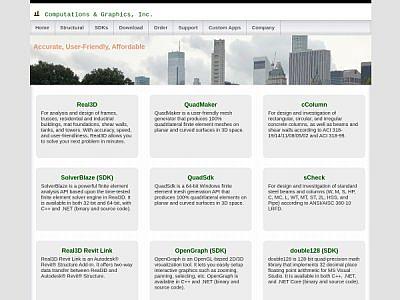 Linear Rebar Needed Based Off Square Footage of Concrete

STRAP ia a Windows based suite of finite element static and dynamic analysis programs for buildings, bridges and other structures.

Enercalc Structural Engineering Library provides the practicing engineer with a large toolkit of capabilities to design the elements of structures.

2D Finite Element Analysis at your fingertips! This intuitive and feature rich FEM app is especially useful for civil engineers, mechanical engineers, architects and students who wish to design 2D frames. The calculations are performed transparently in the background wi...