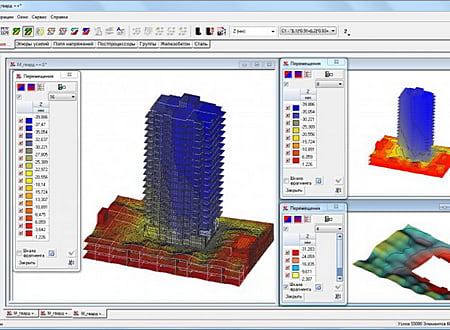 Unified graphics environment for building a design and reviewing its analysis results provides users with unlimited capabilities of modeling structures from simplest to most complicated ones thus answering to needs of experienced professionals and remaining friendly to beginners at the same time.

Program-satellites for analysis and design of structural elements

SCAD Office has been rated 3.0 out of 5 points. A total of 2 votes cast and 0 users reviewed the software.