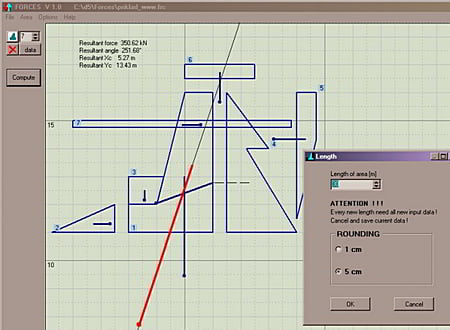 The program generates the resulting general forces acting from the surfaces of the specified load (load areas) and calculates their resultant. The load areas are general polygons representing e. g. earth pressure.

Extract the ZIP-file in a new folder and run the program. The program will not be installed. You can also create desktop shortcut to the program.

Creep and Shrinkage Solver by Eurocode No 2

Spreadsheet solver for concrete creep and shrinkage according to Eurocode No 2.

Atlas 2. 0 is a program targeted at architects and construction engineers.

IES VisualAnalysis is an easy to learn software for general-purpose frame and finite-element analysis.

Submit a review about Forces software with your social media profile

Forces has been rated 5.0 out of 5 points. A total of 1 votes cast and 0 users reviewed the software.